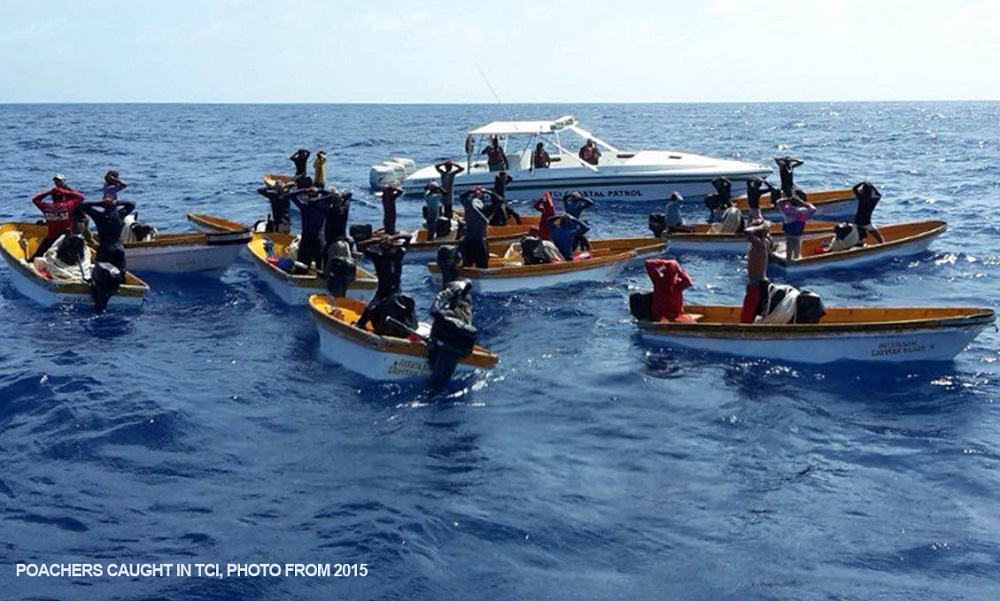 #Providenciales, February 24, 2019 – Turks and Caicos – Seven boats and fisherman, believed to all be from the Dominican Republic were caught poaching Nassau Grouper, red-handed in TCI waters on Monday, and the DECR have two men and one boat in custody.

“The two suspects, Dominican nationals, were apprehended while using artificial breathing apparatus, with several pounds of assorted catch on board their vessel.”

The Department of Environment and Coastal Resources, according to a TCIG news release, intercepted seven poacher vessels in the act of illegal fishing and on board were our precious Nassau Groupers.

While the season opening is only days away on February 28, 2019, this pause in fishing for the seafood delicacy is a measure of preservation which is reaping important results.  The men were also found to have Parrot Fish in their possession.

“The Turks & Caicos Nassau Grouper season is only due to resume on the 28th of February 2019 and it is considered a serious offence to fish for or be in possession of Nassau Grouper during the closed season. Similarly, the Fisheries Protection Ordinance prohibits the catching of parrot fish at all times.”

Poaching is the name of the crime committed by the Dominicans and the group was this time caught near Big Cut in Middle Caicos waters.

“One vessel, a 12ft dingy powered by a 40-horse power Yamaha engine, and two suspects were apprehended. The 6 remaining vessels managed to elude capture.”

The duo has not yet been charged, but they will be and the DECR is asking for the maritime community to remain vigilant and to report suspicious activity.  Contact the DECR at 338-4164 or email environment@gov.tc.