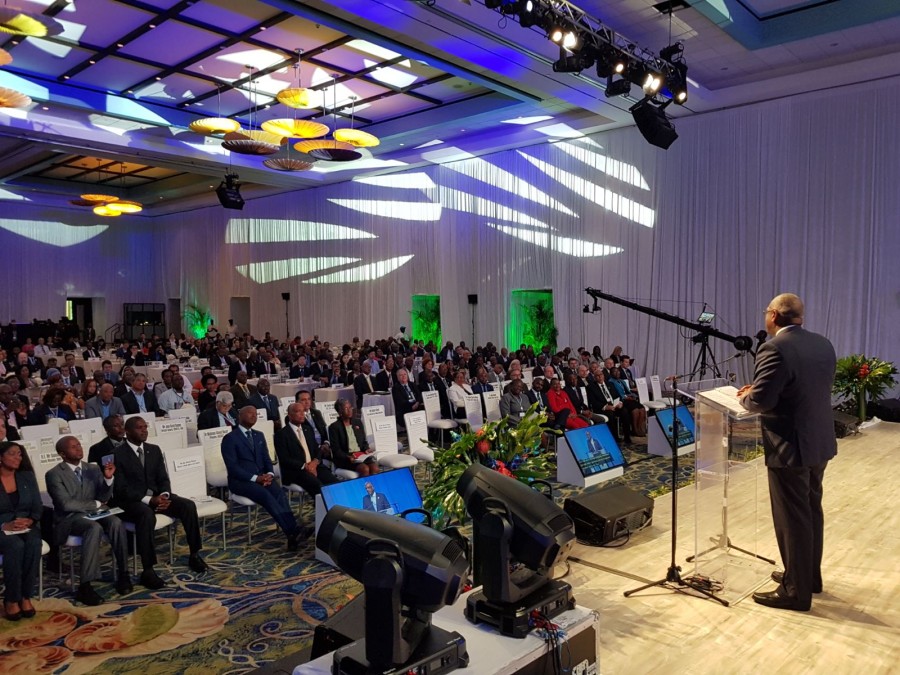 Bahamas, July 13th 2017: Plans to introduce a public transport system fueled by Smart Technology is said to be on the drawing board. Speaking at the 17th International ITU conference held at the Atlantis, Prime Minister Dr. Hubert Minnis says the plan looks at establishing a unified busing system which targets the social mobility of the poor and less fortunate, with urban and community revitalization at the core.

The Prime Minister says technology will be used to track the movement of buses “for the better management of our public transportation resources and to enable riders to better schedule their movement”. The plan extends for the modernization of the country’s traffic control systems so that traffic signals (lights) are connected with sensors to better monitor and control traffic flows within a coordinated network. Meanwhile, he expressed government wishes to “deploy technology to help citizens improve their communities such as reporting the location of potholes or other matters to the relevant government agencies through their Smart Phones”.

Pointing to mobile operators that have already begun to deploy WIFI Services on buses, the Prime Minister says government was working at introducing WIFI services in the parks and public spaces within the inner-city in New Providence with a view to free WIFI in certain communities”.

Other areas announced by the Prime Minister includes government seeking to pilot smart metres, to enable prepaid electric metering in various communities, allowing consumers to better monitor their electricity usage and top up when needed “in a similar way as they manage their cell phones.”